Vale Games presents EVERCORE Heroes, a PvE that will be in beta this week

Vela Games presented the first title of the study, EVERCORE Heroes: A competitive and unique PvE game where we will fight to prove that we are the best hero team in the world.

To get an idea of ​​what the game has to offer, you can take a look here. first cinematic trailer With the theme “We Are All One” EVERCORE HeroesPlayed by Secret Citizens:

About EVERCORE Heroes you can try this week

EVERCORE Heroes It is being developed by Vela Games, a Dublin-based studio founded by Travis George, Lisa Newon George and Brian Kaiser.

The team consists veterans professionals who have worked before Riot Games, Electronic Arts, Epic Games and Blizzard Entertainmentdevelopers with decades of experience creating multiplayer games played by hundreds of millions of users worldwide. 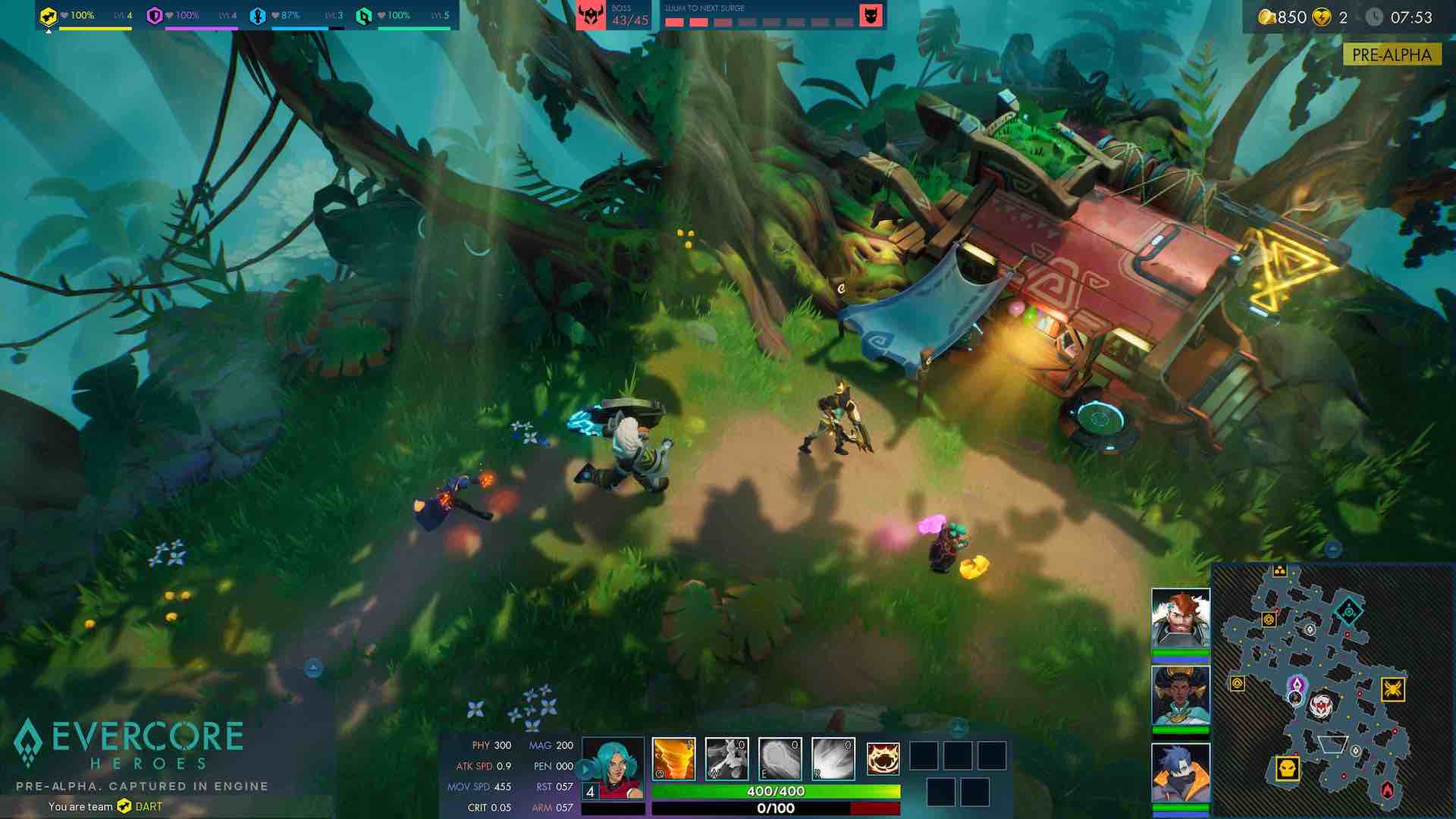 The CEO and co-founder of Vela Games spoke about the project as follows: Travis George:

Our goal has always been to create the game players truly want, even if it means breaking the mold.”

With EVERCORE Heroes, we’re building a unique multiplayer experience that combines skill-based cooperative play and competitive play in a new way. And after more than two years of receiving great feedback and feedback during initial testing, we’re excited to finally share the game with the world.

If you are interested, don’t worry, you will soon be able to. Try it first hand on the weekend of October 13-16; just register network Y conflict of the EVERCORE Heroes. If you join Discord, you’ll have a better chance of being selected for this weekend’s special playtest.

Inside EVERCORE Heroes, Teams of four players simultaneously compete against each other in a new session-based PvE experience. To win we will need to evolve our heroes, recharge their Evercore and defeat dangerous bosses. The best teams will work together to find the best setup and strategy by balancing their own strengths and making it harder for other teams to fight.

We will be able to choose from several lists of heroes who will fight in different environments, from forests and snowy hills to lush forests and fantastic gardens, each with unique characteristics and powers.